OHGA:  When did you start growing?

Kyle Wynette: We started growing in the spring of 2014 after attending the NEHA/Cornell conference held in NY Dec 2013

OHGA:  What varieties do you have, and how many acres?

Kyle Wynette: We’re currently growing Cascade, Centennial, Chinook, Glacier, Hallertauer, Heritage (a feral hop we recovered), Rakau/Alpharoma and Triple Pearl.  We previously had 1 acre of Newport and 1 acre of Cashmere but have since removed those plants.  The Newport were removed to make way for more desirable aroma hops while the Cashmere had to be removed in their first season due to systemic Downy Mildew issues.  We currently have 9 acres of planted hops in production (approx. 8800 plants).  We have no plans for expansion, but we do plan on replacing under-performing varietals over the next few years where possible.

OHGA:  Why did you get into the hops industry?

Kyle Wynette: Like most people, we were looking for something a little out of the ordinary that could be grown on a small acreage with better returns then traditional field crops.  As fans of craft beer and a developing interest in niche crops, we chose hops.  The challenge of doing something different was one of the main factors that got us into growing hops.  I’d only known one other farm in our area that was growing hops and with the craft beer boom that was occurring, hops seemed a great opportunity. 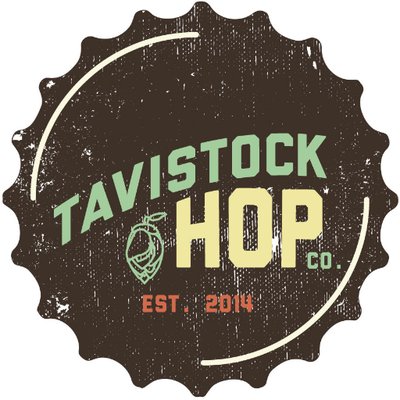 OHGA:  How did you come up with your hopyard name?

Kyle Wynette: It was pretty basic, we live in the Tavistock area, and we wanted a name that sounded like we’d been around for a while.  Early businesses always used “company” in their brand (ie. “The Hudson’s Bay Company”).  So we chose our name with those 2 things in mind.  Many breweries have followed a similar trend, incorporating “Brewing Company” into their names, I imagine for similar reasons.


OHGA: What is your favourite piece of equipment?

Kyle Wynette: Our Wolf Hop Harvester was the first item we purchased.  We built our business plan around this piece of equipment, believing that 8-10 acres of hops would be necessary to justify this equipment purchase.  There was no automated equipment nearby us at the time, but our intention was always to be a commercial hop-yard so this was the natural first purchase we made.  The 2nd piece of equipment would have been our orchard sprayer.  Before even knowing if we could grow a high yielding hop plant, we felt both these pieces of equipment were crucial to our success.  Both pieces of equipment arrive March 2014, 2 months before we had plants in the ground.

OHGA:  What is the most challenging part of your hop business, and how are you dealing with it?

Kyle Wynette: Selling and marketing hops continues to be a huge challenge. Unlike traditional field crops, growers are responsible for marketing and selling their own hops. Initially the challenges were to get a decent yield off the plants, but after only 2 years of production we were already in a position where we grew far more then we could sell. Our mindset for this business has changed considerably since we got into the market.  Initially we had hoped to provide enough income that I could quit my day job, but we’ve since pivoted our aspirations to just being sustainable enough to provide jobs for some of the students in town and to keep us active outdoors. Our #1 goal now is to ensure we at least break even, allowing us to put away money for the next growing seasons’ inputs. Like many growers, we often go into a growing season still holding over 60% of previous years harvest in cold storage. As crop years fall out of favor, ultimately the business has to record the loss and destroy older inventory. That’s been an extremely tough thing to do as a farmer. You put your blood sweat and tears into this crop, and then end up throwing it out after it sits in storage for several years. The impact of Covid and shuttered/reduced capacity at brew houses has put additional strain on our operation. We were lucky enough to qualify for the wage subsidy this past season and without that I fear we wouldn’t have been able to pay our wages. Each year we say “one more year” before we throw in the towel, but our stubbornness keeps us moving forward, hoping “local” ingredients will begin to mean more to the consumers. What re-energizes us is when we’re approached by a new brewery that has a keen interest in supporting local agriculture. It gives us hope for the industry as our whole, but the popularity of proprietary varietals remains the biggest catalyst to sales.  Like most who have undertaken this venture, and farmers in general, we always remain optimistic for a better year ahead.

OHGA:  Which pest/weed gives you the biggest headache, and how do you deal with it?

Kyle Wynette: Canada Thistle!  The bane of our existence.  The pre-emergent herbicides do little for established thistle beds.  It’s a weed that you have to continually weaken through manually weeding and desiccation.  We spent at least $1500 in labour last year manually pulling and hand hoeing thistle that was choking the newly emerged hops.  Our hope is that we weakened the root enough that we will eventually regain control of our planted rows.  Realistically though, it will several crop years before we get control to a level where yields and plant vigor aren’t affected by this noxious weed.

OHGA: What has been a big lesson learned?

Kyle Wynette: There are so many lessons learned along the way.  The biggest things would be to listen to others and be realistic about your goals.  Like I said, we went into it thinking we would profit $15k an acre and be able to quit our jobs.  The reality, at least for us, is that net profits are closer to $<1k per acre and that’s doesn’t even start to pay back the initial hundred of thousands of dollars that were invested in the yards and equipment. Once that reality set in, we began to see other benefits that were hard to measure by dollars and cents.  We’d become a respected employer of summer students in our community.  We manage to contribute back to our community through team sponsorships.  We genuinely enjoy working in the fields and we value the skills our kids and students learn while working alongside us.  And lastly, we got to meet a lot of great people along the way, whether it be other growers, brewers or the people who have shown interest in what we do on our farm, we’re greatly for the friends we’ve made.

Another huge lesson is to really do your homework when buying plants.  You should know what a field grade plant looks like and verify that you are getting what you paid for.  Bringing plants across the border makes this even more challenging.  Disease and virus complications are an inevitable thing, you need to do everything you possible can to ensure you at least get off to a good start.  When building your business plan, be sure to include the chance that you may have to completely replace varietals.  Whether they fall out of favor with brewers or the economic impact of disease/virus/poor yields, you need to assume you will be changing plant stock more frequently then originally planned.  Rows will have to go fallow in between plantings and you will need to absorb that lost in income.

OHGA: What’s the one issue that you would like advice from other growers on?

Kyle Wynette: Thistle!  Anyone else having success eradicating it?